Widely known in the United States as Southern American hooligans, Scofflaw Brewing Co’s co-founders Matt Shirah and Travis Herman, are bringing their craft beer elixirs to the United Kingdom come late September/early October. Emerging from meager beginnings, Scofflaw’sknown for having built a full-on bootlegged brewing operation in an Atlanta, Georgia cellar. After acquiring the proper licensing, the brewery has become one of the fastest growing craft beer brands in the US and maybe the world, all in just two years’ time. Combine this growth with the unique partnership between Scofflaw CEO Matt Shirah and BrewDog CEO James Watt, and you have the driving force behind their desire to bring beer Scofflaw’s independent brews to Europe.

“James [Watt] and I had just completed a hell of a huge collaboration beer and a badass episode for one of BrewDog’s shows on their new digital TV network…and we decided we could take our synergies a little farther,” Shirah reports, “so here we come…and our objective is simple…we’re coming over to showcase independent beer and redneck hospitality.”

BrewDog will be cold-chain shipping Scofflaw’s most celebrated Basement IPA and front-running POG (Passionfruit, Orange and Guava) to the UK. The beer will be available in all 36 UK BrewDog locations that include guest taps. In addition, Shirah intends to airlift Double POG IPA and a Barrel Aged version of their highly-rated Vanilla Absentium Imperial Stout to the bars on the tour. Stops on the Scofflaw BrewDog Bar Tour include: 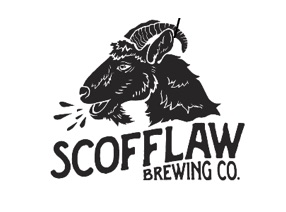 BeerAdvocate, RateBeer, Paste Magazine, USA Today and Craft Beer & Brewing and others, as one of the best new breweries in America. Expect to see these redneck hooligans at these locations guest bartending, handing out beer, and telling their story to everyone they see.