The Rise, Fall and Rise of the British Station Talk by Sir Simon Jenkins

The lecture by journalist, author and current affairs speaker Sir Simon Jenkins, The Rise, Fall and Rise of the British Station, has now been rescheduled for Friday, 24 May in the Engine shop at Enginuity in Coalbrookdale. Originally planned for Friday, 1 February, it was postponed due to the heavy snow fall.

Second in 2019’s series of lectures at the Ironbridge Gorge Museums, the lecture will discuss the chronology of British stations from their earliest days, through the glories of the late Victorian era to their decline in the 20th century.

Sir Simon Jenkins will then explore their remarkable conservation and recent return to favour. 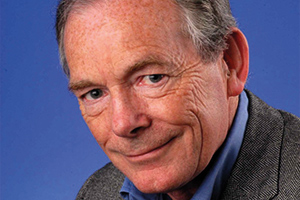 Born in 1943, he was previously editor of the London Evening Standard and The Times; he writes columns for The Guardian and Evening Standard, works as a BBC broadcaster and has authored books on politics and the history and architecture of London. Knighted in 2004, Sir Simon Jenkins has been voted Journalist of the Year, Columnist of the Year and has won the Edgar Wallace and David Watt awards. He has also been deputy chairman of English Heritage and chairs the Buildings Books Trust, sponsors of the Pevsner guides.

Doors open at 6pm for tea and coffee ahead of the talk which starts at 7pm. This will be followed by a question and answer session at 7.45pm; the event will finish around 8pm.

Tickets priced at £9 adults and £8 concessions must be pre-booked online at www.ironbridge.org.uk, where details can also be found about the talk by Simon.  People with tickets for the postponed talk can bring those along to this rescheduled date.

Launceston is a picturesque market town built on the side of a hill. The town is 42 miles west…

Following the locomotive’s hugely successful debut on the Churnet Valley Railway, today we…