In honour of the area’s illustrious theatrical heritage, the Tabard Theatre is reopening as Chiswick Playhouse.

The Tabard brought important and innovative theatre back to Chiswick after a gap of over twenty years following the 1959 closure of the much-loved Chiswick Empire. A popular local venue, Chiswick Playhouse may be a small space but it has big ambitions and promises a fantastic opening season to mark its exciting relaunch.

Chiswick Playhouse will produce new work as well as reimagining classic stories. It will create its own in-house productions and bring shows of West End calibre to West London at a fraction of the ticket price!

Mark Perry, Executive Director of Chiswick Playhouse, comments, Having been a Chiswick resident myself for over 15 years, I’m aware of the remarkable history of artists and theatre practitioners that have lived and worked in the area. By changing the name, we want to demonstrate our pride in our local heritage and ensure that the local community recognises the venue as Chiswick’s local theatre. We also want the wider London theatregoing audience to recognise our reputation as an exciting producing theatre, creating shows that will start in Chiswick and move on to other London venues and beyond. Lots of venues focus on types of work – new writing, musicals etc. Rather than genres, we want Chiswick Playhouse to be the breeding ground for the next generation of top creatives.

As part of our first season we’re delighted to have rising stars Charlotte Westenra, Lucy Jane Atkinson and Phoebe Barran directing our in-house productions. Launching Chiswick Playhouse’s inaugural season, from 30th October to 30th November, is the UK premiere of the revamped, brand-new version of I Love You, You’re Perfect, Now Change. After 2 playing over 5,000 performances off-Broadway, this hilarious and poignant musical comedy was substantially re-written in 2018 to reflect the challenges facing the romantics of today.

It is now presented for the first time in the UK with a stellar West End cast and direction from Charlotte Westenra (Kiss of the Spiderman, Donmar Warehouse; Frost/Nixon, Michael Grandage Company as Associate Director). The course of true love never does run smoothly and with wonderful songs, outrageous comedy and heart-rending emotion, I Love You, You’re Perfect, Now Change is for anyone who’s fallen in, or out, of love. 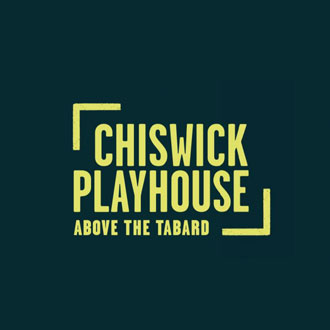 Also coming to Chiswick Playhouse: From 4th December to 4th January, Chiswick Playhouse will present an irresistible reimagined take on the classic Christmas tale Hansel and Gretel, directed by Lucy Jane Atkinson (A Hundred Words for Snow, Trafalgar Studios; Vespertilio, VAULT Festival). This children’s adventure will take audiences far from city life, gaming and social media into a world of lollipop houses and tap-dancing cockroaches. Here lives a witch with a penchant for single-use plastic and the only remaining sustainable food source: children.

Another festive option, Christmas at Chiswick Playhouse is a series of Sunday evening concerts throughout December featuring a host of the UK’s leading musical theatre talent. With free mulled wine, songs from hit shows and Christmas classics, these concerts are sure to raise Christmas spirits. Blowing away those January blues, the New Year will see exciting emerging artists across comedy, magic and new writing come to Chiswick Playhouse for a run of week-long engagements.

Paul Aitchinson’s unique mix of mind-melting magic and bonkers character comedy in Could It Be Magic is followed by the hilarious subversive take on Tudor History, Great British Mysteries: 1599. To conclude the month, Get Over It Productions present The Scene, a festival of new writing with 30 short plays across five nights.

Running from 5th to 29th February, the gripping revival of Tryst will return following a sell-out run in 2017, once again directed by Phoebe Barran (Four Days In Hong Kong, Orange Tree Theatre; award-winning short film Snapshots). Based on a true story, this tense, passion-fuelled thriller is about the serial fraudster, George Love, who encountered a naïve and vulnerable shop-girl, 3 Adelaide Pinchin, in Victorian London. What follows shocks them both as Love’s elaborate heist begins to unravel in frightening and unpredictable ways. Chiswick Playhouse will continue The Tabard’s strong reputation as a comedy venue, with numerous emerging and high-profile comedians, including Love Island’s Iain Stirling who will perform in March.